Seven Most common lung conditions and their effects

Respiratory / lung illness is a fairly common condition across the globe. It is defined as a condition wherein the normal working of the lungs is impaired due to an infection to lung tissues, damage to the air sacs, or obstructions to the bronchial tubes (airways). With an increased focus on keeping your lungs healthy because of the ongoing pandemic, today we are going to delve deeper into the 7 most common lung conditions and their effects.

While there are many reasons for lung diseases, they are broadly classified into:

The most common and fatal reason for lung damage is smoking which causes severe ailments like lung cancer, emphysema, and COPD, among others. Apart from the above reasons, certain viruses, bacteria, and even fungi can cause infections to the lung. These are generally associated with chest cold and pneumonia. 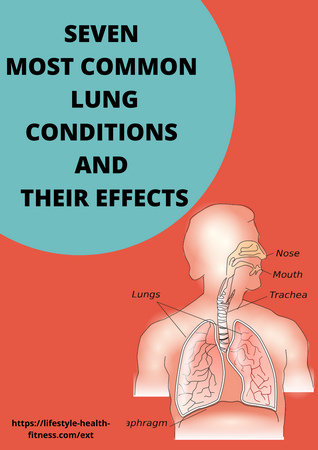 Common Lung Conditions and effects you need to know

Asthma is by far one of the most common lung conditions out there. It causes difficulty in breathing because of inflammation of the airways inside the lung and results in lowering lung capacity in the longer term.

Symptoms include chest congestion, dry cough, shortness of breath, and wheezing. Asthma is a reversible disease and can be contained with timely medication and care.

Caused by the common cold, acute bronchitis commonly referred to as “chest cold”, is another lung condition that obstructs the airways. However, instead of breathing problems, this disease causes the production of extra mucus in the lungs which results in chest discomfort and cough.

Acute bronchitis is not a severe lung condition and the associated symptoms subside upon administering antibiotic medicine for cold.

COPD is a group of conditions that cause breathlessness and hinder the ability to exhale normally. The main cause of this disease is smoking, making it one of the top three common lung conditions in the entire world.

COPD can grow inside the body over a long time without showing symptoms and hence, becomes difficult to detect in the nascent stage. Also, unlike asthma, COPD is not reversible and continues to worsen with age.

Although it is another form of COPD, Emphysema deserves a mention due to its severity and occurrence. Those suffering from the ailment have difficulty exhaling air as their air sacs are irreparably damaged by smoking.

The disease is incurable and usually progresses to a point where the respiratory system collapse. However, people who quit smoking can better manage their symptoms and slow down disease progression.

Lung cancer is a common form of cancer that can develop across any of the sections of our lungs. The disease meddles with the natural function of the lungs and is one of the most fatal cancers across the globe.

Symptoms include conditions like changes in voice, chronic coughing, heavy breathing, and blood in the cough. The disease is treatable if caught early but is usually fatal in the advanced stages.

Another well-known entry to the list of common lung conditions is pneumonia. It is a lung infection that affects the bronchi of the lungs causing fever, cough, difficulty breathing & chills.

The disease is not generally life-threatening, with most people recovering within three weeks but can be lethal for infants and the elderly. It is highly advisable for people to take flu shots and pneumococcal vaccines in order to stay away from this disease.

All the diseases mentioned above have been around for a while, COVID-19 is the latest entrant of common lung diseases.

According to research, COVID -19 is a type of SARS (severe acute respiratory syndrome) disease. It affects the working of the lungs. The disease is fast spreading and highly communicable, which has resulted in countries across the globe forcing themselves to isolate and shut down in order to curb the spread. 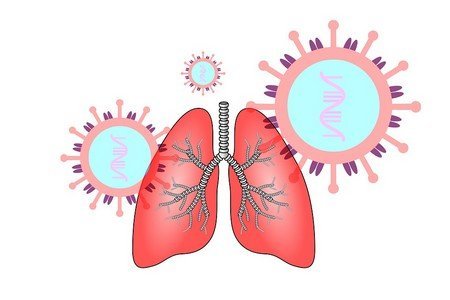 Primary symptoms of the disease include fever, cough, and difficulty in breathing. As of now, there is no cure for the disease and even though the fatality rate is ~1.5% worldwide, the absence of any cure/vaccine has created a state of panic throughout the world.

While all the above diseases sound nasty, they can be easily avoided. By taking adequate precautions like wearing a pollution mask while venturing into a polluted place, eating a balanced diet, and avoiding tobacco, one can develop the required immunity to fend of such common lung conditions.

Twenty Tips to Feel Energized on a Rainy Day 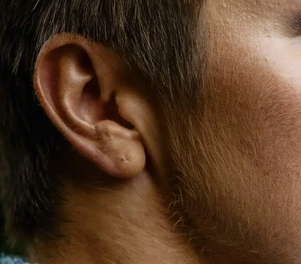 6 ways to control tinnitus that you must be aware of 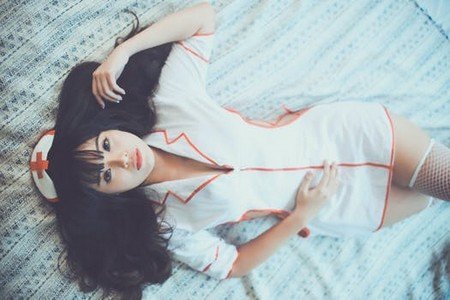 Effect of sleep deprivation and How to sleep better 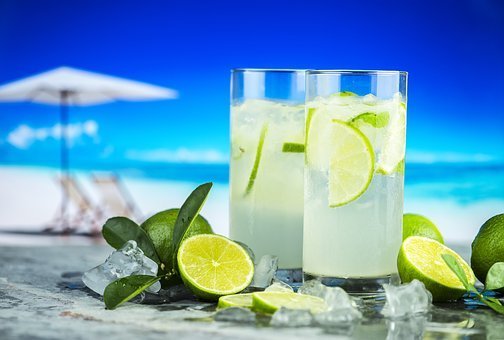